ESPN + ABC to Broadcast all 64 Games! 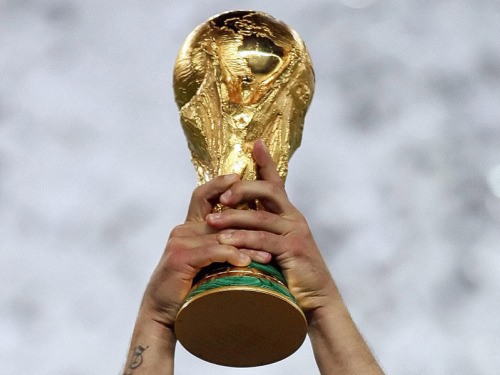 This is AWESOME news. In the past we've struggled to get obscure matches broadcast on regular channels.  For the first World Cup ever, the US will get every game on either ESPN, ESPN2 or ABC.  The 2010 World Cup South Africa kicks off June 11 and the final match is July 11.

There are 64 matches in total broken up into three stages. The buzz is that even SportsCenter will feature coverage. 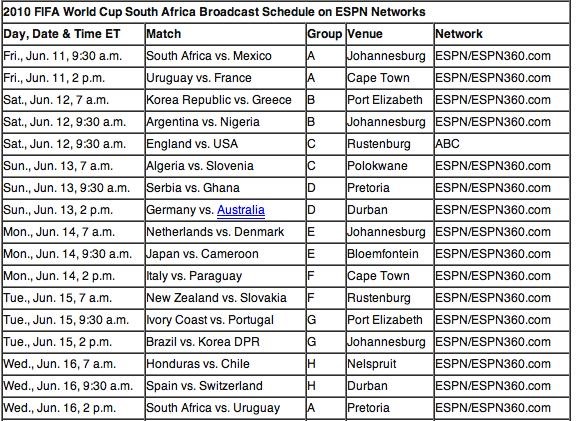 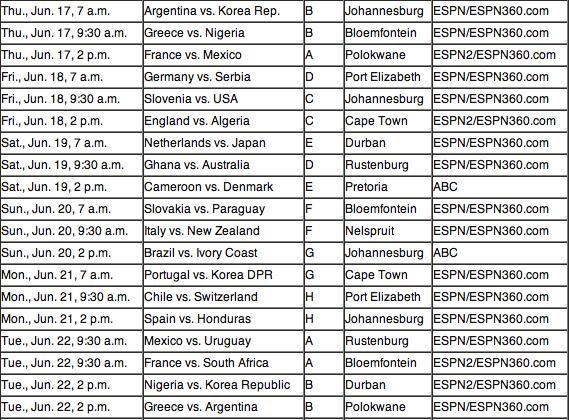 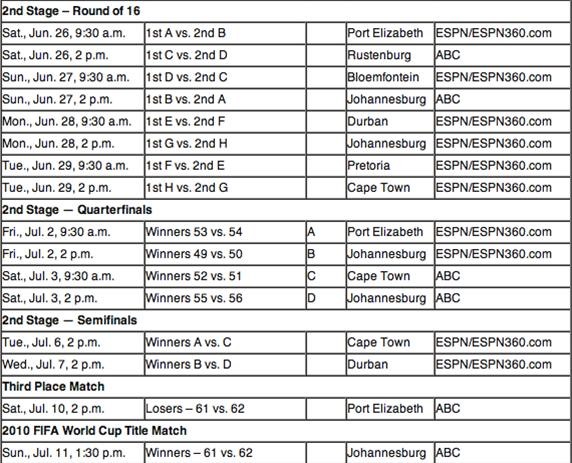