And Dumbfounded Most Watching Game 1 of 2010 World Cup 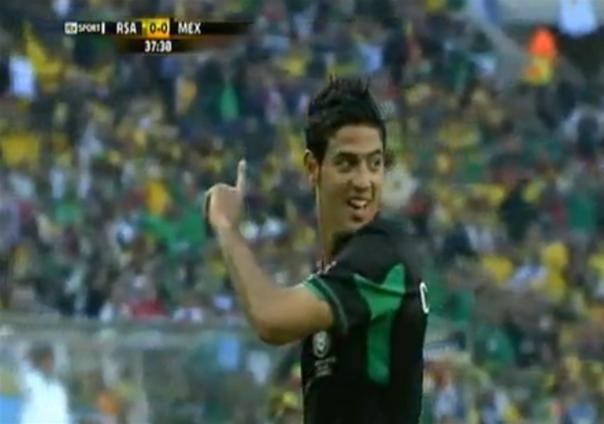 I just finished watching the Mexico - South Africa 2010 World Cup opener and boy was it a good one. The finish of a tie, wasn't totally cool to me, until I realized what I missed.

When Mexico's Vela rocketed that goal of the corner kick in the 38th minute, the crowd went nuts. When the lineman's flag went up, I sat in awe. This guy was getting fired, I joked to my friends. There's no way. The S. African player on the post was in front of him. How was it offsides!?!

Khune Makes the Save.... Technically

The ah-ha moment happened when I saw the footage after the game. South Africa's GK Khune stormed the corner and left Vela behind him. This probably didn't happen on purpose, as no keeper would let the ball go through with his bets on the officials to keep his S.O. But there saw the score stay at nil, as Khune's positioning (just like that of a field player) brought Vela past the second to last player. 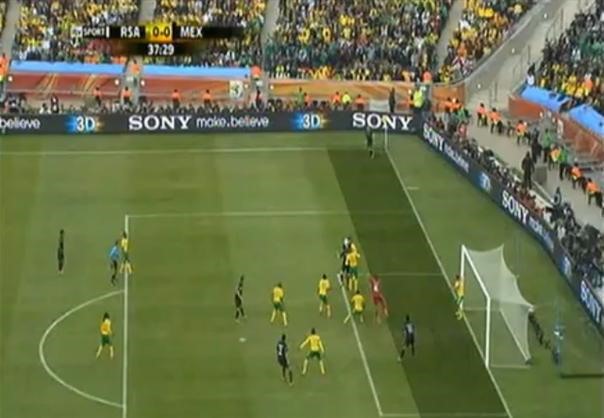 Vela and his teammate are clearly in the dark shadow that ESPN used to illustrate the offsides line. With GK (in red) off his line, Vela only had a single South African player between him and the goal line.

I've always thought of it, in terms of field players, and ignored the GK's position on offsides, but this is a very important instance for a bit of a re-education on the FIFA law.

Good call, lineman. And a good start to a sure-to-be exciting World Cup.

For the entire legal language from the International Football Association Board's Offsides Law continue below: 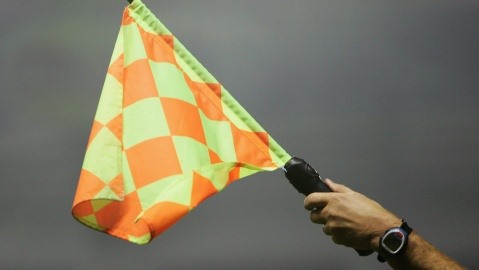 Offside Position
It is not an offence in itself to be in an offside position.

A player is in an offside position if:
• he is nearer to his opponents' goal line than both the ball and the
second last opponent

Offence
A player in an offside position is only penalised if, at the moment the
ball touches or is played by one of his team, he is, in the opinion of
the referee, involved in active play by:
• interfering with play or
• interfering with an opponent or
• gaining an advantage by being in that position

No Offence
There is no offside offence if a player receives the ball directly from:
• a goal kick or
• a throw-in or
• a corner kick

Read more about the game here:

thumbs up for the article!
"I've always thought of it, in terms of field players, and ignored the GK's position on offsides" - same here. But we all should've known better. Rules are rules. Fair game, but I think France - Uruguay is waaay more exciting, but that's just me ;-)

Imagine this scenario: the ref doesn't call offsides and it's ruled a goal. Soccer experts (and SA supporters) are forced to argue for the inverse of an already esoteric rule.