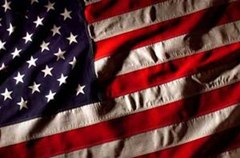 1776...a group of colonies walked away from the British, effectively starting a war that ended in the defeat of the mighty Brits.

1950...Joe Gaetjens, a Haitian born immigrant, scored the lone goal in the 1950 World Cup match, to propel the lowly and amateur USA over the mighty and heavily favored England side.

Tomorrow in South Africa, the English and the Yanks kick off one of the most anticipated matches of the first round.  There isn't necessarily a rivalry.  But there is a friendly hatred.  With so many Americans now playing overseas, this won't be a huge upset, as it was in 1950.  But...the USA aren't expected to win.  In fact, England are expected to compete for the title.

So...who are best players from each team, the strengths, weaknesses, and keys to play?

1. Offense:  When you have Wayne Rooney starting up top for you, the goals will just pour in.  Rooney scored 26 goals this past season for Manchester United.  He narrowly missed out on the Golden Boot award, but that didn't sour his performances.  Talent like this is hard to come by, and the goals should come often.

2. Overall talent:  This is the Golden Generation for the Brits.  Sure, we've heard this before.  But with Gerrard, Lampard, James, Terry, and Ferdinand all coming close to the ends of their England careers, this may be the last great chance for the three lions.  They have great talent at just about every position, and lots of experience on the big stage.  The star players should impress, because we all know what happens if they don't (think Becks' red card against Argentina).

3. Coaching:  I'm sorry Bob Bradley, but Mr. Capello has almost done it all.  Everywhere he has coached, he has left success and hardware.  He has infused a culture among these players that has severely been lacking.  There aren't many coaches who can honestly say they stand above Capello in terms of accomplishments and talent.

1. Goalkeepers:  This is, by far, the strongest part of the USA team.  Tim Howard has been an absolute rock between the pipes ever since he took over as the American's #1.  His experience in the EPL and on the international stage will serve the Yanks well.  His leadership and big save ability should prove immensely helpful for the Americans in this World Cup.

2. Midfield:  The abundance of talent in the midfield is somewhat new for USA.  With a potential starting four that includes Donovan, Dempsey, Bradley, and either Clark or Torres, along with the potential subs in Holden, Edu, Beasely, and Feilhaber, the Yanks have, arguably, the most talented Midfield corps that they have ever been able to roster.

3. Desire:  These Yanks don't know when to quit.  They play hard and scrap for the entire match.  Even when it looks bleak, they still press forward.  Look at the last few minutes of the Costa Rica match that sent the Americans to the top of the Qualifying group (and Honduras into the World Cup).  They were down, beaten, and it looked hopeless.  Then Bornstein headed home the tying goal at the death.  This team will claw until the very end.

1.  Goalkeeper: There is no stand-out.  There is no overtly talented keeper.  There is no real front-runner.  For now, it looks like David James (experience) will win out over the youth.  However, he is no star, anymore.

2.  Midfield: With Gareth Barry not fit for the opener, Capello will have a conundrum to deal with.  Does he move Gerrard into the middle to play as the holding midfielder?  Gerrard and Lampard have never found success both playing in the middle.  Does he play Michael Carrick (iffy season) or James Milner (a typically offensive minded player)?  There is no clear perfect move.

3.  Defense:  Losing the Captain of a team to injury is bad enough.  But when that Captain is also the strength of the defense, it's potentially catastrophic.  The large presence in the middle is irreplaceable.  Ledley King looks the most likely to take over in the middle.  But his experience at the international level is extremely limited.  Suddenly, it looks like the on-field chemistry of the mighty three lions isn't as strong as they'd hoped.

1.  Defense:  We have, maybe, four good defenders.  Captain Carlos Bocanegra, Steve Cherundolo, and Jay DeMerit look strong and ready to go.  Clarence Goodson looked very good in the pre-tournament friendlies, but hasn't been tested in many big games.  Oguchi Onyewu hasn't played well in over 8 months (though he was injured for most of that time).  He hasn't, yet, proven he is ready to go the full 90 minutes against good competition (And I'd consider Rooney more than just good).  Then there's the Jonathan's...Bornstein and Spector.  Both looked bad and way out of sorts leading up to the Cup...and we didn't play top quality teams. England will tear these two up.  Can we really afford to tempt it?

2. Offense:  Yes, Jozy Altidore is expected to start.  But only days removed from an ankle injury, and a less than appetizing season at Hull City, can he really step up against the world's best?  My answer would be yes, he could...if Charlie Davies was his strike partner.  But Davies hasn't made the squad.  Buddle impressed in the Turkey match, scoring his first two international goals.  But it's a whole other beast at the Cup.  Findley and Gomez (Herculez!! Herculez!! Herculez!!) are barely experienced, but can score goals.  I mean, Gomez has barely played for the USA and STILL has scored in his last two appearances (Bob Bradley...PLAY HERCULEZ!!).  The youth and inexperience could be a problem...though it, also, could catch everyone by surprise and make stars of them all!

3.  That "IT" factor:  All of the good teams have "it."  There is just something that the USA doesn't quite have that the top teams do.  Whether "it" is the ability to play hard with no mental lapses for 90 minutes, or the ability to break out an amazing 15 minutes of absolute class soccer...we haven't seen "it", yet.  There's no grander stage to debut "it", though.

Wayne Rooney: He needs to score goals and keep his temper in check...period.

Frank Lampard: He is in form, scoring goals, and leading with style.  Can he and Gerrard buck their history and play together?

John Terry: As the only consistent central defender, Terry needs to play out of his mind if the English defense (or is it defence?) is to stop the world's best.  Scandal in the rear view, he needs to step up and lead this team (without the armband for the first major tournament in a long time) through the next month with minimal hiccups.

Landon Donovan: The class of the Yanks.  He has already thrown off the shadow of inferiority in Europe (an outstanding loan spell for Everton).  Can he now step up on the biggest stage of all and lead this team of Americans to the next level?

Clint Dempsey (Deuce): If recent form is any indication, Deuce will have a huge tournament.  Knee injury scare behind him, Dempsey can become only the 2nd American player to score in two World Cups (Brian McBride was the other...teammate Landon Donovan can also join this group).

TimHoward: The only virtual "sure thing" in this group, Howard needs to remain the rock in the back.  His leadership and experience should be enough, but can he find that little extra to throw at the English to put these Yanks over the top?

The English need to sort out their goalkeeping, defensive, and midfield issues so that their offensive strength can take over and score the needed goals.  Attacking the suspect Americans in the back will set the tone.

Sorting out the defense is the main key.  If they can strengthen the back line and hold true, the rest should fall into place.  The strong midfield will be able to mask the inexperience up top.  Attacking the English without hesitation and capitalizing on any mistakes (or temper tantrums) the Brits may suffer will set the stage for a rather large upset (in the world's eyes).

Jozy Altidore, Clint Dempsey, and HERCULEZ GOMEZ all score before a consolation Steven Gerrard strike to shock the world and set the tone for a huge, huge month for the Americans and the USA fans.

The time is almost here...

get to a local bar that is showcasing the event...

and be sure to get your lungs ready to chant...