The pre-tournament friendlies are over.  The training camp in Pretoria, South Africa, has become their home. They are tweeting and answering interviewers with the same general statement...Training camp has gone extremely well, everyone is healthy, and they're ready for England.

But ARE They Ready for England? 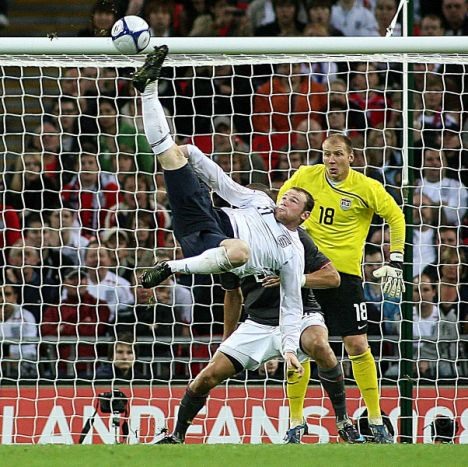 Coach Bob Bradley was tinkering with line-ups and strategies, I know.  But the style of play is completely different from the intensity and desire to play.  In certain halves of these warm-up games, the intensity and desire were nearly as high as they should be for success in the world's biggest tournament.  However, there were many, many more instances of a lack of focus, desire, intensity, game know-how...call it what you'd like.  They were missing SOMETHING.  Against England, that cannot happen.

Let's look at the Turkey and Australia matches.  It was amazing to be in the stadium in Philly STANDING and SINGING for the entire match with other fellow American Outlaws.  (The FANS are ready for the World Cup, believe that.)  However, the games were not the best.  Sure, we won.  Sure, we beat a decent teams.  But only one of them will be in South Africa during the next month...and they aren't exactly a perennial power.

There Were Lots of Bright Spots 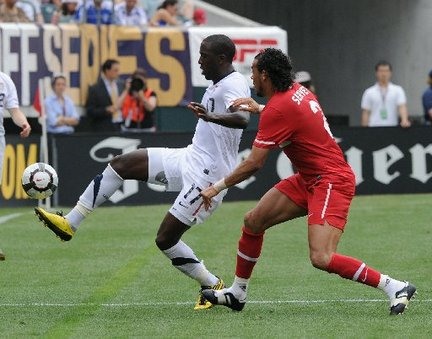 Robbie Findley's speed was surprising to see in person.  NOW we know why he was chosen over the likes of Ching and Johnson.  But he hasn't finished, yet.  Jozy Altidore is quick with the ball at his feet...when he wants to be.  When he isn't intimidated he can quickly beat a defender and score (vs. Spain in the Confederations Cup) or slip a ball across the mouth of the goal for an on-rushing teammate (as in the Turkey match when Dempsey just missed the opportunity to score).  Goodson was strong in the back.  Bocanegra was strong in the back.  Jose Torres was a terror in the midfield (not quite sure why he was left on the bench against Australia).  Michael Bradley was touch and go...mostly good, but sometimes way out of position.  Landon Donovan was the same as Bradley.  Gooch...well, he wasn't Gooch.  He needs a lot of improvement before England if he is to play.  Tim Howard...good when he was needed.  Bornstein and Spector...awful.  Easily beaten and never good at recovering.  Herculez Gomez (my new favorite player)...not much time on the field...but 2 games played, 2 goals scored.  And impressive speed.  He needs more of a chance.

What does this all mean for Saturday's showdown?

Lots of work is needed following the Australia match...but, from the sounds of it, training camp couldn't be going any better.  That, and the continued struggles of England's team (barely getting by a CLUB team from South Africa)...and this could be a huge, huge upset in the making.

We are confident of a great game.  And my personal prediction is a 3-1 USA victory...Jozy Altidore predicted 3-0.

An Official Here Come The YANKS!! preview for England vs. USA will be coming soon!!

Thanks James, I would love to see a USA victory on Saturday. Should be a great game.